Early this morning, ben-z, a former admin of ircd.charter.com, died in his sleep. He was 23 years old, and lived in St. Charles, which is right outside of St. Louis, Missouri. He was into playing Eve, playing poker with friends (texas hold em), drinking Jack Daniels and Jim Beam whiskey (lots of it), computers, video games, hangin out, and generally getting into trouble.

According to Ben, he had recently been diagnosed with colon cancer, and had injured his wrist and hand pretty severely last week after falling out of a tree, which he was climbing drunk. Some of you might remember him, others may not, but he was a good dude, and an EFnet Admin... and he will be missed by yours truly.

It was originally believed he died of a brain aneurysm, but his brother Jon tells us that the preliminary medical reports showed that one of Ben's coronary arteries was 95% clogged, and that it would be a few weeks before the official coroners report was delivered.
Last edited by seiki on Sat Jun 10, 2006 3:43 pm, edited 2 times in total.
Top 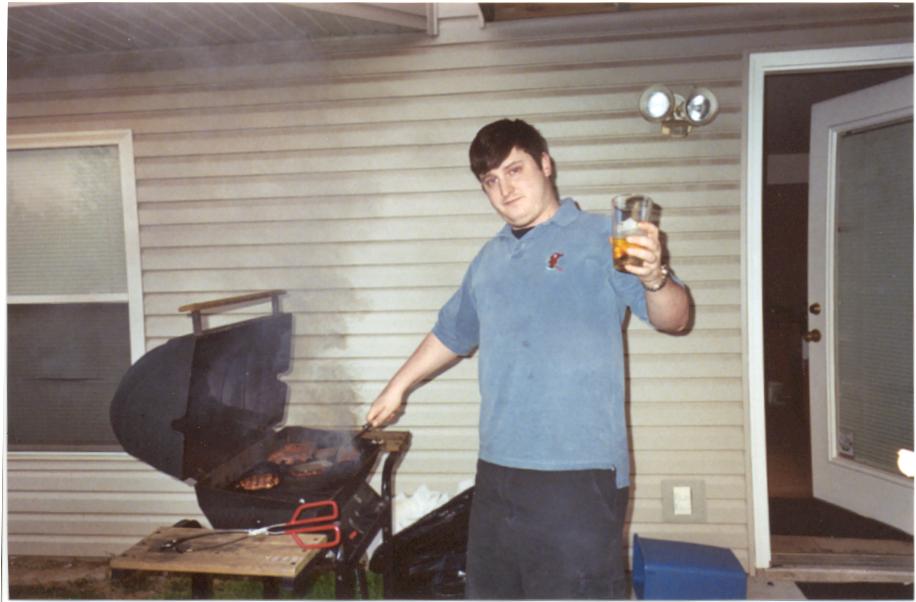 I kissed her with my fingertips.
Top

I never knew him, but they are some great photos.

It sounds like he had a good life and will be missed by many.

There are a million things I could say about Ben. But it boils down to this:

Ben was my best friend.

I will miss him forever.

There are a million things I could say about Ben. But it boils down to this:

Ben was my best friend.

I will miss him forever.

Hi Mark. My name is Leah, I'm sure Ben never mentioned me but his mom and my mom were very close and I've known him my whole life. We were never into the same things and ran in different crowds but I was always very fond of him. He was always so nice to me and we were eachother's first kiss - though it was when we were 3 (got the picture of it too!)

I might not come back here cause I only found this after doing a such of ben (morbid curiousity I suppose) and really just, I feel that I should have known him better. Anywho, if you want I'd love to hear from any of ben's friends.

leahrebekah wrote:...
He was always so nice to me and we were eachother's first kiss - though it was when we were 3 (got the picture of it too!)
...

Okay, so I cant find that picture but I found three others!

And here is Ben with Laura and me. I'm the girl in the front.

Sorry about the poor quaility of the images... I don't think my dad has cleaned his scanner since he bought it.
Top

Has some cute pictures that I didn't see there the other day.

The pictures with his dad are heartbreaking
Top

http://www.ben-z.net and bencrackel.com were registered and we've had some hosting donated. i managed to blow up gallery earlier, but there are some pictures that weren't jacked. if you have any pics of ben, logs, stories, whatever, feel free to send them over to add to the site.

Users browsing this forum: No registered users and 4 guests